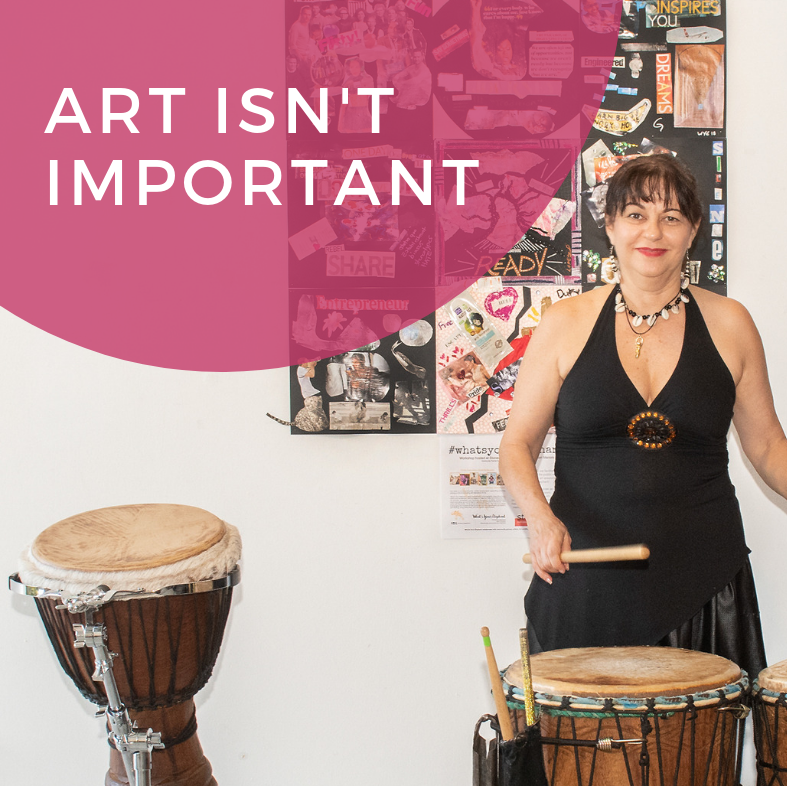 Before you start painting your protest signs and dusting off your megaphones, hear me out.

There’s a quote from Anne Klein that says, “Clothes aren’t going to change the world. The women who wear them will.”

Similarly, art won’t change the world. The artists/people who believe it can will change the world. Yes, I believe art is important, but I don’t believe we prioritize art appropriately given its ability to substantially shape our culture. By we, I mean me and maybe you and other people who are not creating it.*

*Caveat: I firmly believe that everyone is and has the ability to be creative. The term ‘art’ in this blog is referring to the traditional(-ish) fine arts including painting, sculpture, music, poetry, theater, dance, photography, film, etc (Apologies to those artists whose crafts I did not include).

Example: During the summer, The Andy Warhol Foundation announced their 42 recipients of its spring 2018 grants totaling $3.6 million dollars.

“Many of these organizations are small with budgets well under $1 million, yet they are providing vital professional support to a diverse set of artists while remaining socially engaged in their communities,” Joel Wachs, the Warhol Foundation’s president, said in a statement. “This work is inspiring at a time when many groups in this country feel threatened—women, people of color, the LGBTQ community, to name a few. At the same time, we are honored to support museum exhibitions that will bring the work of important artists, many of whom have not received the national recognition they deserve, to the public.”

The Andy Warhol Foundation is talking the talk and walking the walk. They believe art is important and are prioritizing the value of art knowing that it, and the artists the foundation supports, can change the world.

Not to brag (well kinda), but that’s why in our mission statement we target the arts. We are a marketing and management agency getting shit done for policy shapers, community activists, and arts and culture creatives.

We believe that art can change the world and are actively working to make it happen. Last month, we helped an artist raise 40% of her total fundraising goal for one of her exhibits in just two and a half weeks. Her exhibit is changing the world; she uses a combination of art exhibits, interactive installations, and workshops to discuss and provoke awareness and facilitate discussions on unaddressed topics including, but not limited to; gender, discrimination, and abuse. For more on how we get it and done and make it happen, see our case study HERE.