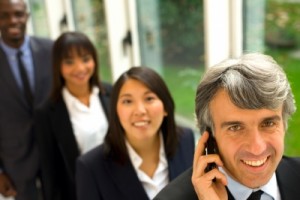 A white marketing executive from Atlanta was fired because of his Facebook post that gathered racist comments from his friends. Kudos to the company, Polaris Marketing Group, where this man worked! They clearly know that one of the greatest aspects in growing a business is having a team who has respect for each other and for others. Congratulations to them because they fought and won the battle against inequality and discrimination! They are a company with the reputation of a business which values people regardless of color.

On the other hand, the situation is a little frustrating. Even in these da
ys as we believe slavery is a thing of the past, we are still dealing with the consequences of the mark left by those now ancient times. Some people are still mistreated. Ignorant people are still on the loose. There are those who still don’t know how to take full responsibility for what they do – and social media opens the doors for the crazies to rampantly run their mouths.
So here’s the story, in case you haven’t already heard: The Facebook post consisted of a photo the perpetrator had taken with a black three year old kid in the background, who just so happened to be the son of his co-worker, Sydney Shelton. His name is Gerod Roth – whose Facebook profile was Geris Hilton and is now deactivated. After his post went viral and was subjected to negative attention, Mr. Roth claimed his words were taken out of context, and that it is not only the kid who was victimized – he had also been targeted. He wrote a letter of apology to his coworker, however, it was too little too late. Her son had already been bullied online, called names, ridiculed, and hurt. What is more painful to me is that, it was just a three year old kid who was subjected to this kind of inhumane acts.

This is the era of speedy things – internet, technological innovations, spread of news, action of the government to a problem, reaction of people to situations, etc. People need to remember to be more mindful of what they do because it is not easy – actually it is nearly impossible with the internet – to take things back. And it is there for everyone to see: the media, future employers, and potential customers or clients.
This is not the first story of an employee getting fired because of racial posts. A Filipino nurse in Singapore was also fired because of posting offensive comments against Singaporeans.

Many accounts of this kind of story exist, and some serve as a clear indication that our businesses are becoming more considerate in the well-being of its members regardless of color, gender preference, language, or status in life. It means that they are open to diversity.

Is your idea of a business one that will cater to a diversified group of people? Let us know by commenting below!

Queenie Espino
Cool mom for two wonderful girls, I make sure that I spend quality time with them while I pursue my career on the side. I am a lover of nature and mankind. My motto in life is, “Fall in love.”