Warning: "continue" targeting switch is equivalent to "break". Did you mean to use "continue 2"? in /nfs/c08/h04/mnt/170889/domains/theideainc.com/html/wp-includes/pomo/plural-forms.php on line 210

Warning: "continue" targeting switch is equivalent to "break". Did you mean to use "continue 2"? in /nfs/c08/h04/mnt/170889/domains/theideainc.com/html/wp-content/plugins/woocommerce/includes/admin/reports/class-wc-admin-report.php on line 132
 Me and the Husband’s Housing Journey - The Idea, Inc.

Warning: Use of undefined constant HOME_URL - assumed 'HOME_URL' (this will throw an Error in a future version of PHP) in /nfs/c08/h04/mnt/170889/domains/theideainc.com/html/wp-content/themes/aloom/core/king.class.php on line 706 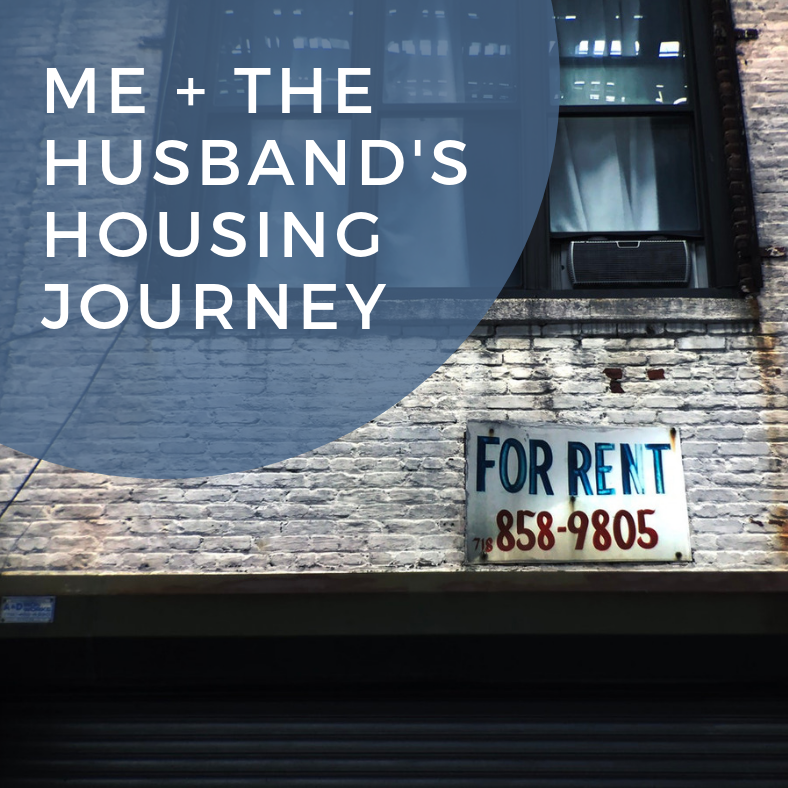 “My mom said we could stay with her after the wedding.”

Ahhh man… infamous last words. Now, there were certain friends – that will remain nameless – who said, “Do you think it is a good idea to live with the inlaws during the honeymoon phase?”

“Do you think it is a good idea to be homeless during the honeymoon phase?” she (she is me) said right back!

This month’s topic is housing. I’ve been talking a lot about the initiatives we have worked on over the years. Initiatives that have a lot of baggage. Some people think that living in a home is a right. Others believe while it is sad people are homeless, there is nothing we can do about it.

I think it is a right, but a right that is fraught with a history that many cannot fully understand and in some cases, I am still getting my brain around it. Let me drop some information your way. No one wants to live in a neighborhood that is divested. Divested can result in a lot of issues including, but not limited to disconnected residents, crime because of poverty, and you know the feeling you get when you are in a neighborhood that is flourishing…yeah, that isn’t there either.

I believe living in an invested, engaged, and diverse neighborhood should be the desired outcome we should all be working towards. I believe as a country we have an obligation to do what we can when we can as often as we can to dismantle systems that do not make this possible.

Let me get back to my husssssband and me.

I wasn’t in the least bit upset about moving in with my mother-in-law. She thinks I dress like a hooker (#goals) and I run water wastefully, but other than that it has been very smooth! Actually, western culture is the only culture that does not encourage generational living. I love it! It has given us an opportunity to save a lot of money while we contribute to her home.

However the ugly underbelly about this thing called adulthood, you ask? We make a comfortable living. We travel. I have a bit of debt that keeps me up at night, but really…who doesn’t? Not a good excuse, but I need a coping mechanism and relating to others is it for now 😞

We had enough money saved to move into a nice home. Gil has good credit. Mine is growing, but there is no reason we could not get a home. We were picky. In fact, my uncle is a well respected and successful real estate agent and I’m pretty sure he is giving us the side eye because of how particular we were. We went another route that frustrated me to no end so by the end of January 2019, I threw in the towel. I needed a break and saving more money was not a bad idea.

So, in June/July we are going to start looking again. Renting is an option for us. For those in a situation that means buying isn’t an option and for those that the rents are astronomical and living with family isn’t an option, what do we do about them? By “we” I mean the larger we. The “we” that should care about how high rents are and how few and far between “affordable” options are across the country.

As for Gil and I, we will start again in June and July and trust that the right house for us will show itself.

Gil keeps throwing around moving to Vietnam or Mexico City. I like the US. Wish me luck, Y’all.