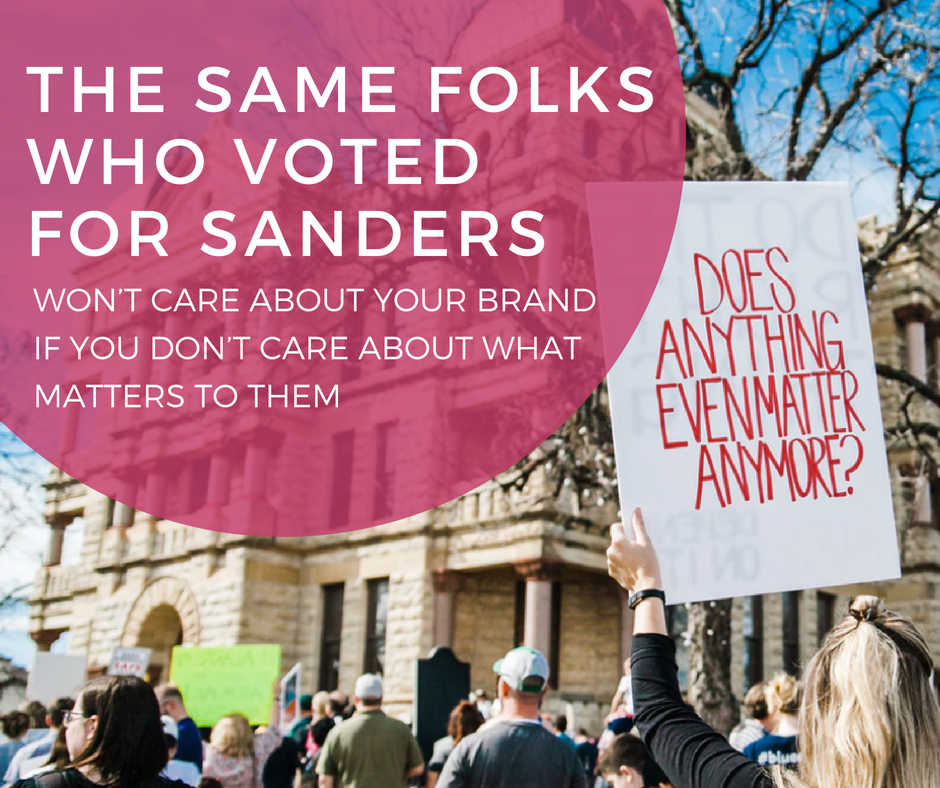 About a year ago, I was at a meeting for for young leaders who are politically minded. The speaker that night was angry because people who voted for Sanders did not vote for Clinton.

As I sat there, I thought about a high school friend who I know had a very hard time voting for Sec. Clinton. Actually, if I was a betting woman, I do not think she ultimately voted for her. I did vote for Sec. Clinton and would do it again, but after reflection, even under the umbrella of an administration I think is inept, I understand why she did not do it.

In this instance, I am not trying to be political for sake of getting a rise out of anyone. In fact, we work tirelessly at bringing together parties regardless of who I (Ebonni) vote for. Our mission is to manage the audacious and audacious change doesn’t care who you vote for. Our job is to elevate the conversation so we can work together on issues that matter to us all.

With that said, my highschool friend may not have voted for Sec. Clinton and she is not alone. In fact, the generation behind my HS friend and I (I’m 35) is a generation called Gen Z. The “Do Something” organization did a survey, “2018 Survey of Young People and Social Change”. The Gen Z’ers who are 13 to 25 refuse to be bound by the traditional ideological boxes. Nearly half of the people survey, identify as independent. While some of these folks may be considered “liberal”, it is less about political and more about a societal shift in ideology.

Your brand must reflect a level of honest, authenticity and courage that even my generation did not demand the way this generation is insisting upon. While my generation believed in “hope,” this next Gen Z population will full stop at “hope.” And they won’t move until hope has tangible results that is deeply connected to their values. According to this survey, only 28% of Gen Z’ers believe our government cares about them. While 80% of those not of voting age say they will vote when it is time, they also lose enthusiasm after one or two voting cycles.

The question for us as a company who represents socially conscious brands is to continue to tweak what “socially conscious means” and support our clients to tell raw truths. For each agency, nonprofit and enterprise to “be about it”. By that I mean, don’t walk behind other brands like sheep. Be the company or organization that says they are environmental and lives by it, says they are socially aware and makes decisions based on this ideal.

It is so cool to watch young people come into adulthood, because while I thought I was pretty strong in my conviction, I/we haven’t seen anything yet.

I think I speak for a lot of us when I say, I am behind the Rebekah’s of the world and will stand on the frontline with you to support communities and companies that do not want to half ass their mission, but produce programs and products that shift the social landscape.

I’ll have to call that high school friend and tell her, “While I don’t know that her vote was “right” in the moment, I wonder if in the long run the Bernie Sanders voter makes us think twice about what matters therefore holding those in power to a higher standard than some of us have felt comfortable doing.”