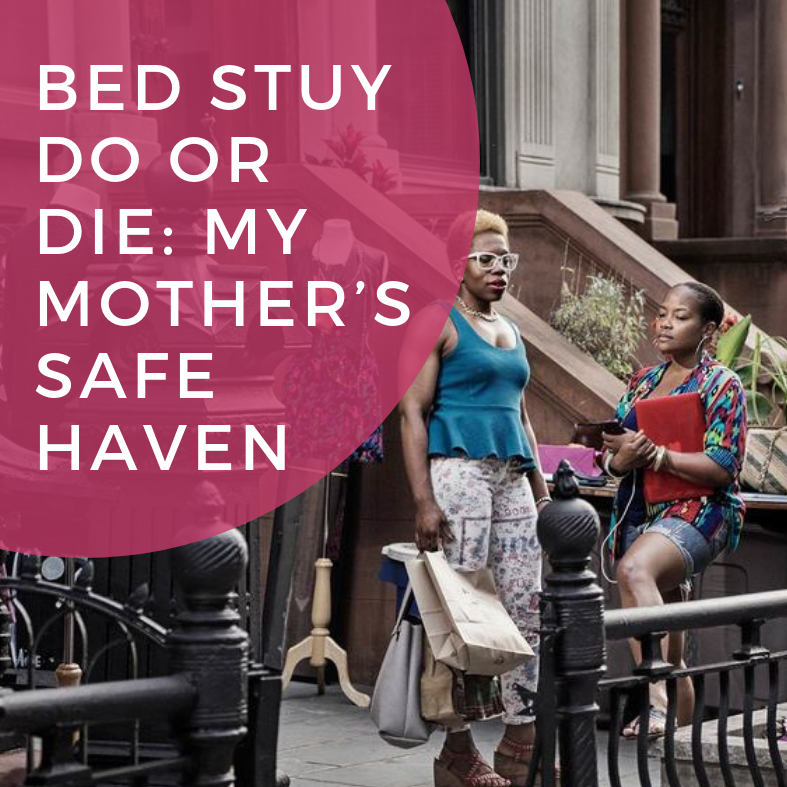 “There goes the neighborhood”, she says. I can hear her voice as we pass a horizontal fence with modern font where the house address is located, silver sconces and a bright colored door to offset the newly renovated house. I can hear her deep (negative) sigh as we pass another neighborhood that is unrecognizable. It is Wilton Manors, Fort Lauderdale and Dania Beach. We have not been in South Florida that long and we can see the wild changes happening to these cities that in some cases feel like they lack character, and by character, I mean, the people who made them what they are.

What happened to the people?

There is a city about 20 minutes west called Weston and when I am forced to go there I wonder where are all the people and why do I only see bushes and gated communities. Where are the kids? Where is the diversity?

You want to compare it to her home, my birthplace, but the ugly truth is New York has changed too. I don’t know that it is all bad. In fact, New York will always have a joie de vivre (I married a French-speaking man and now I fancy my American as apple pie ass cultured!!) that is unmatched, but if you’re from NY or lived there for any length of time, you would not recognize most of it.

People fight in NY too. Damn! I love it. I love that people don’t care at all about your feelings if it is about what is fair and equitable and they define those terms. I love Florida, but it feels like people’s feelings get hurt by a little protest and stick to your guns. Nothing like meeting a person who can go toe to toe with the system to ensure what is fair and just is made manifest.

Anywho, NY is different though. My mom was born in Bedford-Stuyvesant, affectionately called BedStuy in a brownstone like most people of the time. She with her parents and two siblings lived on Macdonough Street. They moved to Queens when she was still in grade school, but they went back weekly to visit friends and family. My grandpa (their dad) always had a Lincoln, at least as far as I know. They’d return to Brooklyn to go to church too. A beautiful old church called Bethany. I can picture the dark wood, balcony, and church organ.

I moved back to NY for a few years in my twenties. Mom and dad would come to visit often. You could see the gentrification happening before your eyes. It lacked a rooted respect for the poor, working class and middle class. There was a sense that unless you had disposable income, the neighborhoods you grew up in were disposable as a result so were you. My mom and I went back a few years after I moved to Florida and went by her old brownstone in BedStuy on Macdonough Street and the beautiful home that housed her family and so many families connected to me before her time was broken up into apartments most people could not afford to live in.

I recognize the beauty of change. I get it scary. I know that we yearn for new, “pretty” and fresh. I know we live in a capitalistic world and when done consciously, I buy into it…literally and figuratively, but there is something so disconnected about driving by homes once occupied by our grandparents, our mothers and fathers, babysitters and artists to build buildings most cannot afford.

In 2014, “gentrification” turned 50. This site found HERE gives a timeline of its history, but it also outlines a rather heartbreaking tale of the evolution of “change”. Who are we if not deeply connected to each other and what are we doing if we remove one’s ability to connect to their neighbor simply because modern looking house address numbers and silver plated sconces are not only unaffordable but also a whitewashed version of yesteryear.

We had a South Florida housing authority as a client in 2017 – 2018. In part, they make every attempt at creating the deep connection that is the neighborhood and yet the systems that allow gentrification to happen does not truly consider the diversity that is the poor, working and middle class. The work we do at TII is to create communities and engage different groups to have conversations around issues that matter, not to vilify real estate developers, but to ask the larger whole what of the people who do not have the same access as others and/or chose a path that removes options for them to live in areas that work for them.

Well, there goes the neighborhood.

📸 | Mattia Insolera “Good Bye Bed Stuy” gallery. Check out the rest of his photos and stories with the link.