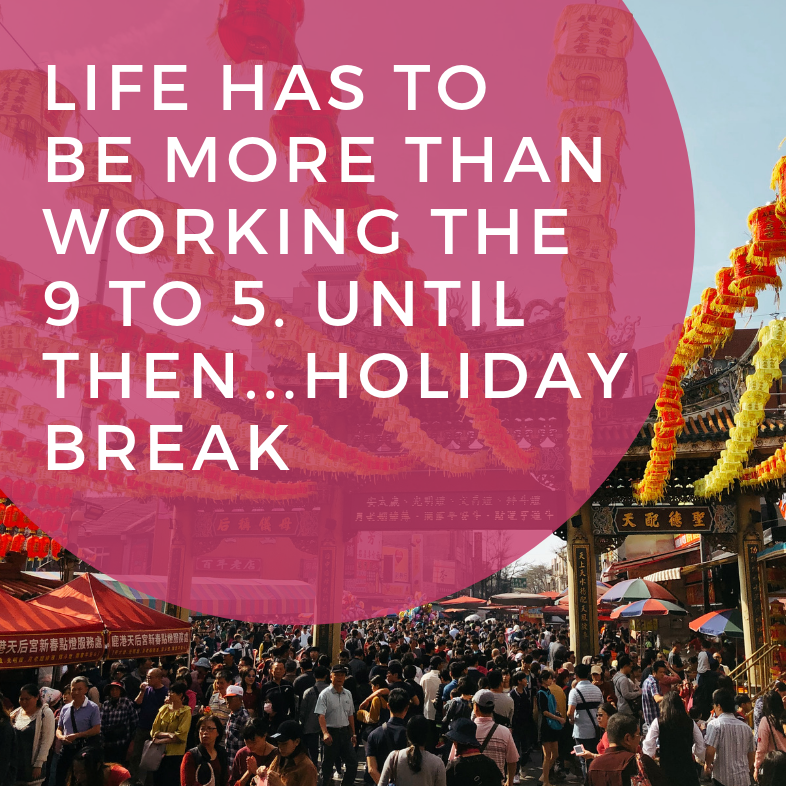 And you know what makes employees happy? Not working on their respective holidays.

And let me be crystal clear: I don’t just mean federal holidays. I mean your employees that observe non-christian, international, and holidays-you-may-think-are-obscure-but-actually-aren’t also need holiday time off. There are no federal or state laws that require employers to give paid time off. But just because it’s not the law doesn’t mean you can be an asshole – mainly because of one exception called Title VII of the Civil Rights Act of 1964.

Title VII of the Civil Rights Act of 1964 states that all employers with 15 or more employees must make reasonable accommodations for employees’ religious beliefs or practices. The individual must hold these beliefs sincerely; however, the beliefs may be sincerely held even if they are newly adopted, not consistently observed, and different from the commonly followed tenets of the individual’s religion.

A reasonable accommodation eliminates the employee’s conflict between his/her religious practices and work requirements, meaning employers must take employees’ religion into account when making job decisions. According to The Olsen Group, reasonable accommodations typically include:
– An exception to the company’s dress and grooming code for a religious practice
– A schedule change to attend a religious service
– An excused absence from a religious invocation offered before a staff activity or meeting
– An allowance to not perform certain job activities that conflict with their religious beliefs
– Time off for the observance of a religious holiday

Employers are only required to provide that a reasonable accommodation is made if it does not prove to be an undue hardship; hence the “reasonable” of reasonable accommodation. To prove an undue hardship, the employer must show effort in resolving the conflict between the employees his/her religious practices and work requirements and (NOT or) there is an actual monetary or administrative expense.

Basically, an employer does not have to give an employer the accommodation requested, however, they have to work together to create a plan that does work. So here are some options:

*Just a note about workplace and religion from Nolo: Some employees want to express their religious beliefs in the workplace by, for example, using religious language (such as “God bless you” or “Praise the Lord”) when communicating with others or attempting to proselytize co-workers. In these situations, it can be difficult to balance the rights of the religious employee with the rights of others who do not share those beliefs. An employee who isn’t allowed to express sincere religious beliefs may feel discriminated against; at the same time, an employee who is unwillingly subjected to a co-worker’s religious statements may feel harassed. And, the employer may object if the employee gives customers or clients the mistaken impression that the company shares the employee’s beliefs.

According to the Equal Employment Opportunity Commission (EEOC), which enforces the federal law prohibiting religious discrimination, employers must allow employees to engage in religious expression at work as long as it doesn’t create an undue hardship (discussed below). And employers may not restrict religious expression more heavily than other forms of expression that have a similar impact on workplace efficiency. (For example, if a company allowed employees to engage in pitched arguments over politics, it would be difficult for that company to justify a complete crackdown on discussions of religion.)

It’s not entirely clear what these rules mean in practice. Courts have made diverse rulings when employees have sued because they weren’t allowed to express their religious beliefs at work. Some courts have held that an employer doesn’t have to accommodate an employee’s religious expression when it could constitute harassment against other employees or it goes against the employer’s diversity or nondiscrimination policies. On the other hand, some courts have found in the employee’s favor if his or her behavior was merely “annoying” or created discomfort for others.

In conclusion, don’t suck, do give your employees reasonable accommodations, and have a happy holiday!