So here’s the story: A few weeks back, Craig calls me. I was busy at the time but eventually got to return his call.

He lost his job and as a solution to ease his stress he wanted to know if he should start a business. If you’ve ever started a business or knows someone who has, you’ll find this comical to say the least. Collect yourself.

Any who, he calls, but I ignore it.

I’m usually busy throughout the day and if I talk to someone at certain times I can easily do that thing where you mentally rush a person off of the phone. Even though it is mostly in my head, it’s rude so I just don’t answer the phone.

It is why taking time off is important. It can be damn hard to “take off” when you do what you love, but it is important.

I mean really important. You can’t just take off a day here and there either. I mean really take the time to not do anything.

So here’s the thing: It has taken me years to get the benefit of it. When you feel called to something, you are driven by it. Some of this is ego, mind you. I don’t necessarily believe it is always a good or bad thing, but it can prevent you from thinking straight.

What I mean by “straight” is when it comes to your work, pick a lane. PICK A LANE. When you drive in too many lanes you may end up doing one or more of the following three things:

And when you have your car in different lanes, you take yourself too seriously. You fancy yourself more important than you actually are.

Anywho, Craig called and wanted to know if he should start a business.

I laughed. The answer is hell no. Hell. No. Hells No. Hellllllll NO!

Hell no. I didn’t say it this way, of course. What do you take me for? I’m no ass hole.

We all have that one friend or cousin who right after college said, “I should be a teacher!” It was determined right after school when said person did not get into the program they wanted or could not land the job they wanted to land.

I did it and was awful at it, but thought it was a good idea, because “Hey! Ebonni loves the kids.” I also am pretty good at English and how hard is it to teach someone? (I was 22. Give me a break, will you?!)

Anywho, the lesson here is… you guessed it… a good teacher is a great teacher because of the focus they devote to their craft. They learn it. They practice it. They work to improve it. For some, they are called and it is kind of disrespectful to blurt out “Let me try this on for 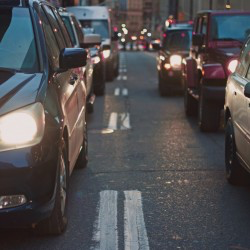 size!” on a whim. If you’re going to pick up a new trade or vocation, respect the industry enough to do something. Ask yourself, “If I knew I would question myself, my skill, my bank account – would I still want to do/be a {insert dream/business/idea}?”

If your answer is no or you’re wavering, you’ll want to ask yourself some more clarifying questions. We’ll get to them later.

Craig’s answer was no and my answer was good. Stay in your lane. It saves people, clients, family, friends and most importantly….you, time, money and sanity.