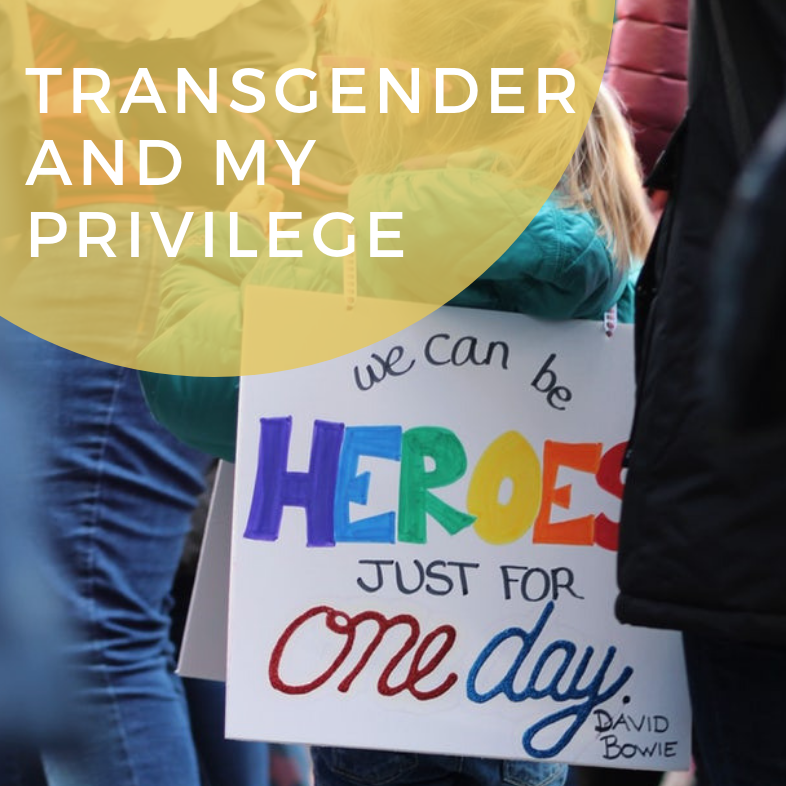 We all carry bias. A lot of us have benefited from our experiences, race, sex and/or family of origin. We feel uncomfortable about admitting those benefits because we also have had our share of hard knocks, dysfunction and let’s just say it…crazy families, that throw us for a loop.

I want to admit something that I feel awful about.

Given I have had my share of said hard knocks, I had no idea I had bias. I’m a black woman in America. I have had a great life. Period. Full stop. Yet, I feel being black in America comes with its share of historical and present-day circumstances that means I felt pretty open-minded and knowledgeable about what it means to be treated unfairly, to say the least. I fancied myself evolved as one could be. Not in and of itself due to my race, but because I am self-aware, well-read and have a job that circles around listening to those who have different experiences. I had no idea how uninformed I am. My arrogance is nauseating.

Let me explain. A few months ago, a colleague made a comment about transgender people. Their comment made the assumption that people who are transgender are prostitutes. It was both tone deaf and hurtful. They did not intend any harm, but often “well-meaning” people do not realize their bias and how their thoughts are limited and/or prejudicial further isolating people. If you can see respecting and being kind to people regardless of their life or if you agree with their assertion of their experiences, keep reading.

I did not think about the issues transgender people experience. If I’m being all the way real, I didn’t think about transgender people at all. I thought I loved people regardless. The bias is my silence. Being silent means there are not enough people rallying behind minority groups who face issues some of us cannot fathom. For example, when a person born a male transitions to being female, their born name is their “dead name”. Their dead name could be used in all situations even when they change their name. The use is triggering and for some, abusive.

I never heard of the term “dead name” until a month ago. I had no idea what it takes to change your name to an identity that is really who you are.

On Saturday, AIDS Healthcare Foundation had a town hall for the transgender community and as a cisgender woman, my voice was not needed. In fact, I was asked to not “take up too much space” ie shut up and listen. It was shocking because typically as a black woman, I am speaking on behalf of “my people”. My bias was assuming being black meant I could often have a voice and “understand” all disenfranchised people.

I don’t and it’s woefully ignorant to assume otherwise.

A lot came from Saturday’s event, but more than anything it is knowing as someone who is invested in change that the following was reiterated to me after over 10 years of being a community organizer and management consultant:

1. Ask the community you want to be an ally for what they need. Don’t assume you know.
2. Be ready to be wrong, insulted and asked to leave. Don’t stop. Just be ready.
3. Love people regardless of your opinion and preconceived notions.
4. Know that you have bias and people will not like you because of it. It doesn’t make you an awful person, but it isn’t anyone’s job to tell you that you’re a good person. Keep showing up as an ally.